Working From Home Is Here To Stay. So It Has To Change.

Working from home is here to stay. What that means, exactly, is up for debate and subject to change. But, at least for the foreseeable future, the fact of it is just that: a fact of life. Albeit, of course, life reimagined.

In general, it’s not something that seems to provoke ambivalence – if it’s even possible to provoke a state of utter nonplussed indecision, that is. Home workers, as a rule, seem either to love it or to hate it without much of a grey area in between.

Essentially, there are good reasons for both.

For new fans and those of us who were typing form their living room long before the pandemic hit, the positive aspects of homeworking are clear enough. Hard-won personal freedoms like “going to the doctor” or “not spending your entire weekend doing the housework” coupled with a distinct lack of Nerf guns and other forms cursed behaviour disguised as “banter” make the idea of ever returning to the office again feel like a fate much worse than any mild case of coronavirus.

Still, it has its downsides. Mostly, however, these are less personal than they are practical. While logistical bonuses like the ever-fading memory of the physically and mentally crippling commute certainly cover a multitude of sins, what they don’t account for is the equally real damage that an ill-considered daily routine or poor home office situation can cause. It might feel good to roll out of bed two minutes before logging on and getting to work on your sofa. Scratch that: it does feel good. But, more importantly, it doesn’t feel good for long.

I had a standing desk at my last office job three years ago. Something which, it would be more than fair to say – and which my former colleagues would, I’m sure, be more than happy to say – looked and felt ridiculous. Despite the mental anguish, however, my posture was never better, my back was never in better condition, and my energy levels were never higher than during my brief turn impersonating a very minor Silicon Valley CEO.

Similarly, as much as waking up hours before your shift starts in order to account for travel and the trappings of office-friendly aesthetics might feel like the ultimate drag, it does have some merit. There is nothing healthy about switching immediately from sleep to Slack or from pillow to Trello: a period of adjustment better serves mental and physical health in the long run.

So, if we are to continue working from home indefinitely, what are we to do? What adjustments can we make to tamper the negative aspects of working from home without relinquishing our newly-won afternoon trip to the Post Office? 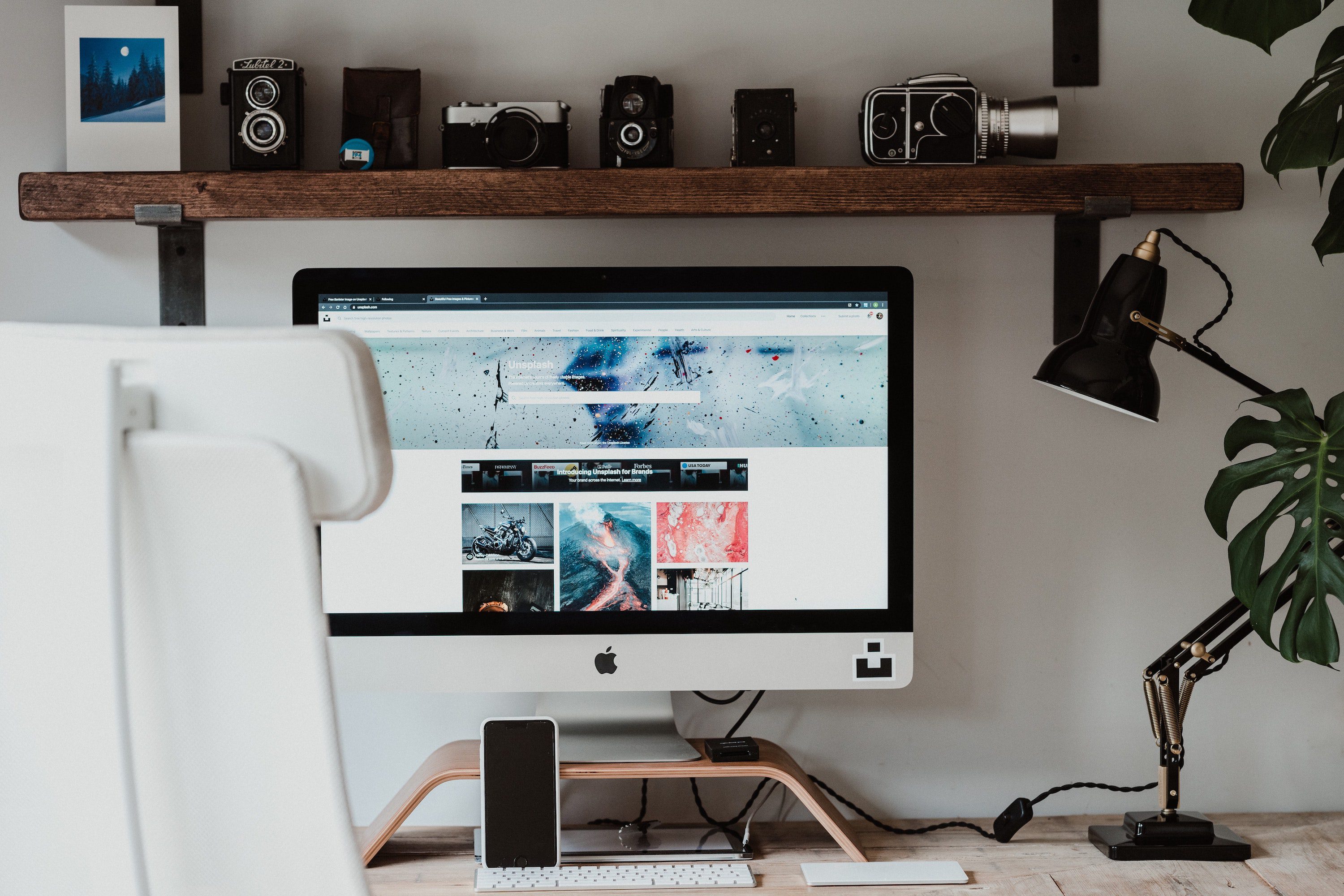 Well, let’s start where things so often do: waking up. It’s not particularly contentious to say that this can be a truly terrible thing, regardless of the time. But sleeping late and getting straight to work doesn’t actually feel any better than waking up at 6 to start work at 9. You might even say it feels worse. And so might anyone who has to be confronted by your ashen, gunk-eyed visage on the morning Zoom call.
To that end, the first step is as simple as this: get yourself a better alarm clock. One that will wake you gently over the course of, say, half an hour – or even an hour – as you adjust to the premise of once more being alive in the world.

The best of these not only produce sound, but also light – stimulating the senses in a way that feels more in tune with the natural order of a sleep-wake cycle dictated by the sun. Rather than, say, by some spurious spaceship noise emanating from a phone that is itself likely affecting your sleep patterns by being far too close to your head and thus far too alluring.
These “wake-up” lamps have long been recommended in abating Seasonal Affective Disorder and similar issues, when the winter light is less than forthcoming in the early morning and make for an interesting technological premise: tech imitates nature when nature fails to deliver on its own promises. It’s not “better than the real thing” but it certainly does a good job of plugging its many holes.

In design terms, too, these have come a long way recently and needn’t look like an early-00s PC speaker when it’s been proven they can look like the interior of a late-40s Lautner house.

There are, of course, more high-end and low-end tech solutions to the same problem. Timed, electrochromic windows — tinted during the night, clearing in the morning – create a similar effect with a less present sense of outside interference. Equally, apps like SleepCycle perform the slow-wake function with haptics and sonics rather than optics and don’t require any extra hardware.

But waking up, of course, is only the first step. After that, you still have to get down to the business of doing the job. And, as anyone who has worked at home for any length of time will tell you, and no matter what micromanagers everywhere would have you believe, there’s more to that than just having a “strong work ethic.” 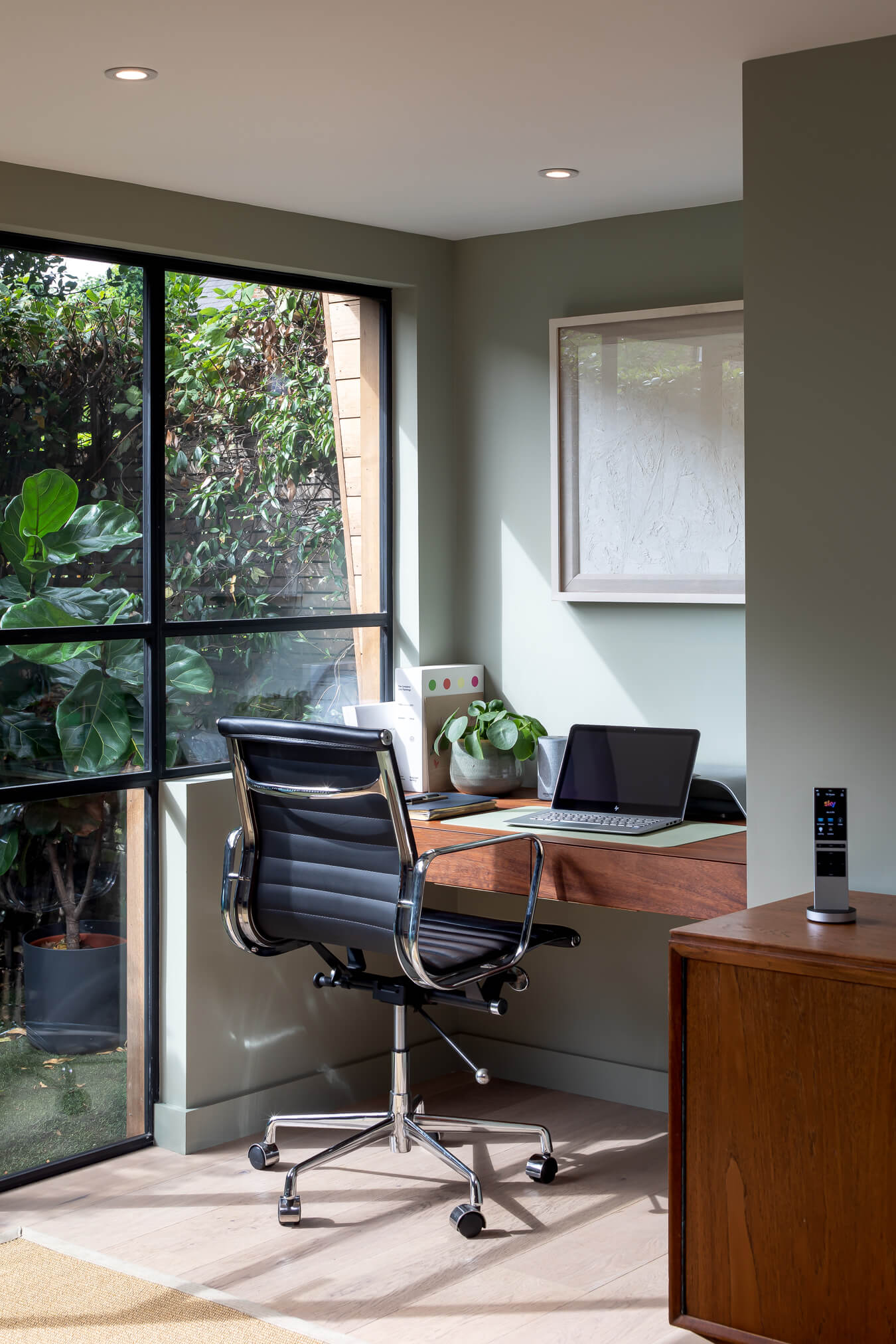 Consider your chair, for example. Not in the platonic sense or anything quite so philosophical – we’re all just trying to get by, here – but rather in the practical sense. In short: “are you sitting comfortably?”

The answer, if you really think about it, is almost definitely a resounding “No.” And, while work and comfort aren’t necessarily considered essential bedfellows, they really ought to be: how much more productive are you likely to be if you’re not wincing and clutching at your lower back every 10-15 minutes?

Get a chair that looks good in your office. Get a chair that supports your back. Get a chair that you actually want to spend several hours of your day sitting in, rather than one that makes you grimace even at the thought. The perfect chair is a matter of preference – both aesthetically and ergonomically – but the universal maxim applies: there is a perfect chair for you somewhere out there. Find out what that means and find it. Or, at least, something close.

I guess that was kind of Platonic afterall.

With all that in mind – and perhaps most importantly – this is the time not just “get in some nice bits” but, rather, take advantage of your new situation; to enjoy your relative solitude. Use an app that lets you know when to take a break and optimise your working day. Create playlists for work and playlists for relaxation; have your Smart Home device broadcast the right music for the right moment. Sign off at the end of the day when that first song hits. Because, if there is one golden rule to working from home it is also the hardest to stick by and the most essential to live by: never the twain shall meet.

Work life is work life and your life is your own. Just because they’re happening in the same place, that doesn’t mean there’s only room for one.