Could augmented reality be the future of interior design?

They say that reality is only what you make it. As usual with these things, I’m not exactly sure who “they” is – but the point still stands firm.

Your life, day-to-day is made up of the things and people with which you choose to surround yourself. But, as long as it seems like those objects and individuals are there, do they really need to be there in physical, tangible form?

We are living through – and, honestly, I promise, I will only say this once – unprecedented times. A lack of human contact has forced us to reimagine what “real life” really is: after all, if a life lived almost entirely online isn’t real, then most of us can’t be said to be living at all right now. All our friends are now the “internet friends” that my parents worried so much about me making back in the early-2000s.

Could we not, perhaps, use technology as a way of living out our design dreams within the very real walls of our homes?

Similarly, all our holidays (for many of us, the only form of tangible luxury we could more or less depend on) are played out online now, too. Either in terms of a never-ending browse, book, cancel, re-book cycle, or via hours-long deep dives through sites like Atlas Obscura. Even Google Street View now feels like a portal to another dimension.

But what about our homes? They’re just about the only place we have any control right now, and even that has slipped away a little. After a flurry of initial interest, it’s starting to feel like we have — either for financial reasons, or for reasons of interior design fatigue — hit peak homewares. Both explanations, it’s fair to say, are more than understandable. 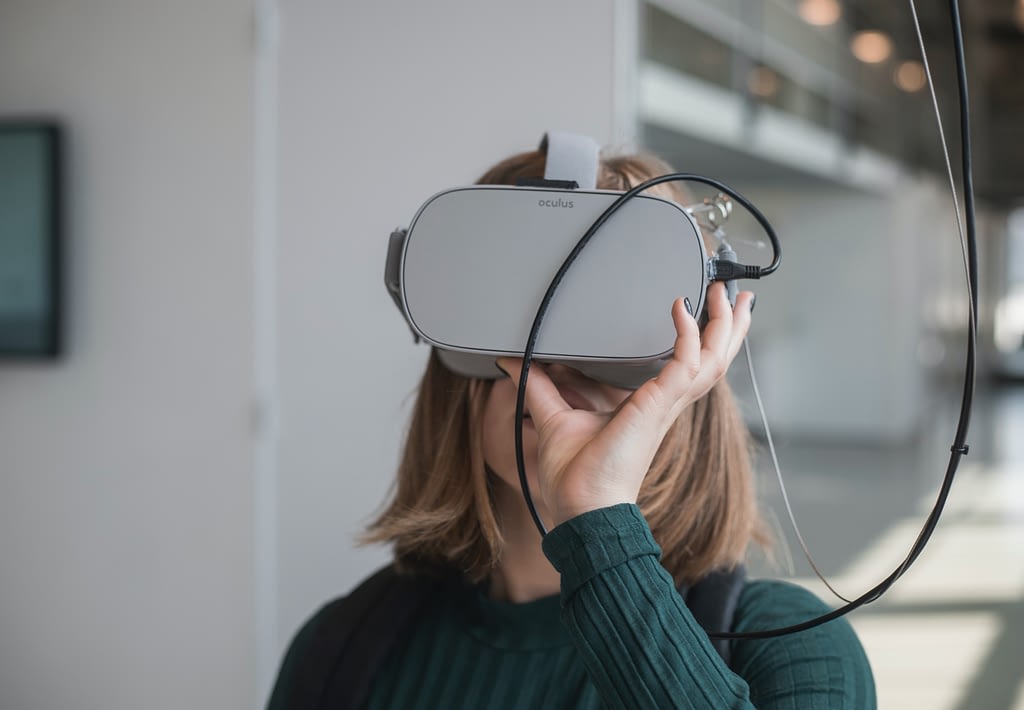 Well, maybe first of all we need to think again about that word – “reality.” Now, perhaps it’s because I grew up in the era of Jonny Quest graphics and of Star Trek Holodecks, but it seems like augmented reality may well be the solution to our interior design problems. At least temporarily, or in part, anyway.

Augmented reality has already made lasting changes in other avenues of life – from gaming, where of course it has found its most natural home, to fashion, design and even tourism – and applying it to our homes in a similar way could have a positive, lasting impact on several larger and considerably more looming issues like sustainability.

The truth is, we often forget about the things we own. They’re here, all around us, and while we might occasionally take a second to appreciate their aesthetic input on the environment, it’s rare that we pick them up and hold them – consider their weight and tactile qualities. With this in mind, could we not, perhaps, use technology as a supplement to physical wares and a way of living out our design dreams within the very real walls of our homes?

Think of the things you could do – the ridiculous items you could dot around your home with relative impunity. The possibility and the absurdity of it all is almost too much. But, of course, it isn’t – because the second you were to switch it off, you’d be back in the realm of the imminent with any mistake undone. Nothing would remain but the joy of the experience – which is something it feels like we’re all sorely lacking right now.

As with anything else, Augmented Reality can never entirely replace reality as a tangible experience – trying on clothes in AR will never supersede actually owning and wearing them and, likewise, filling your home with decorative flourishes that you can touch for real isn’t going anywhere, either.

But, working in tandem, the two parallel realities can create something wonderful: a home without boundaries, where technology is a tool at the hands of boundless imagination and expression – a holistic vision for a home where anything can be achieved, either as a vision board for the future or as part of a new, less material but entirely joyful way of being.

Reality is, as they say, what you make it.